Good, Bad or Ugly? Implementation of Ethical Standards In the Age of AI 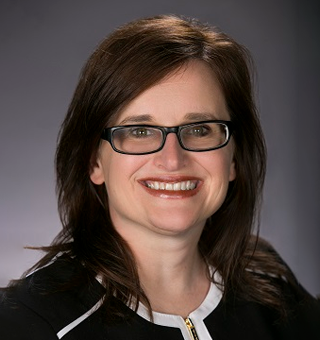 With the explosion of artificial intelligence (AI) implementations, several technology organizations have established AI ethics teams to ensure that their respective and myriad uses across platforms are reasonable, fair and non-discriminatory.  Yet, to date, very few details have emerged regarding those teams—Who are the members?  What standards are applied to creation and implementation of AI?  Axon, the manufacturer behind community policing products and services such as body cameras and related video analytics, has embarked upon creation of an ethics board.  Google’s DeepMind Ethics and Society division (DeepMind) also seeks to temper the innovative potential of AI with the dangers of a technology that is not inherently “value-neutral” and that could lead to outcomes ranging from good to bad to downright ugly.  Indeed, a peak behind both ethics programs may offer some interesting insights into the direction of all corporate AI ethics programs.

Axon’s ethics board includes not only AI experts, but also a diverse sampling from the related fields of computer science and engineering, privacy and data protection and civil liberties.  A sampling of members includes the following individuals:

Obviously, Axon’s goal was to establish a team that could evaluate use and implementation from all angles, ranging from law enforcement officials who employ such technologies, to those experts who help to create and shape legislation governing use of the same.  Axon may be moving in the direction of facial recognition technologies; after all, police forces in both the United Kingdom and China have leveraged these types of technologies for years.  Thus far, one of the chief concerns surrounding facial recognition is the penchant for racial and gender bias—higher error rates for both females and African-Americans.  If Axon does, indeed, move in that direction, it is critical that its advisory group include constituents from all perspectives and demographics.

In addition to its own commitment to diversity, DeepMind’s key principles are reflective of its owner’s more expansive footprint across technology platforms:

DeepMind’s focus on managing the risk of AI is on an even broader canvas than that of Axon.  In furtherance of its key principles,  DeepMind seeks to answer key questions:

Though much of the AI industry has yet to provide details as to their own ethics programs, some of its blue chips have acted in unison to establish a more formalized set of guidelines.  In 2016, the Partnership on AI to Benefit People and Society was founded collectively by Amazon, Apple, Google, Facebook, IBM and Microsoft.  Seven pillars form the basis of this partnership:

While these best practices are a promising start, the industry continues to lack more particulars in terms of how the guidelines will be put into practice.  It is likely that consumers will maintain a healthy skepticism until more particular guardrails are provided which offer compelling evidence of the good, rather than the bad and the ugly.

The Ninth Circuit Court of Appeals recently handed open internet advocates a big win by upholding the right of a data analytics startup to use automated bots to scrape publicly available data.

The ABA Speaks on AI

By Jennifer Thompson | Earlier this week, the American Bar Association (“ABA”) House of Delegates, charged with developing policy for the ABA, approved Resolution 112 which urges lawyers and courts to reflect on their use (or non-use) of artificial intelligence (“AI”) in the practice of law, and to address the attendant ethical issues related to AI.

Is Anonymized Data Truly Safe From Re-Identification? Maybe not.

By Linda Henry | Across all industries, data collection is ubiquitous. One recent study estimates that over 2.5 quintillion bytes of data are created every day, and over 90% of the data in the world was generated over the last two years.

Beyond GDPR: How Brexit Affects Other Data Laws

By Dawn Ingley | Since the United Kingdom (UK) voted in June, 2016, to exit the European Union (i.e., “Brexit”), the question in many minds has been, “Whither GDPR?” After all, the UK was a substantial contributor to this legislation. The UK has offered assurances that that it intends to, in large part, harmonize its data protection laws with GDPR.

By Jennifer Thompson | On May 14, 2019, the San Francisco Board of Supervisors voted 8-1 to approve a proposal that will ban all city agencies, including law enforcement entities, from using facial recognition technologies in the performance of their duties.

By Linda Henry | In December, 2017 the New York City Council passed Local Law 49, the first law in the country designed to address algorithmic bias and discrimination occurring as a result of algorithms used by City agencies.