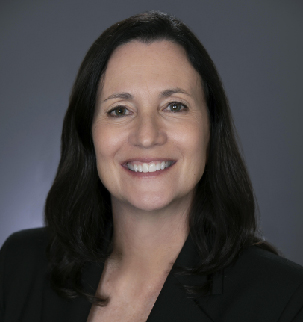 Robotic Process Automation commonly is defined as the use of software to automate high-volume, routine tasks that previously required humans to perform.  These tasks are rules-based, structured and repetitive tasks which can be either partially or fully automated.   An everyday example of a RPA robot – more commonly known as a bot – is the customer service chatbot we encounter on countless websites.  You ask the chatbot how to change your password and the chatbot – not a human customer service agent – responds with a set of instructions for changing your password.

RPA tools do not replace your underlying software applications.  Rather they automate the manual tasks of human employees by replicating the actions of humans in interacting with your other software applications.   For example, a bot can log in to your accounts payable system, enter information about a vendor and your transactions with that vendor, authorize a payment to that vendor, and log out.  In this situation, the RPA tool is using your existing software, but does your accounts payable software license agreement allow these new “users” to access and use the software?

Software is licensed using a variety of models, including per device, per transaction and per user.  To determine who is a “user” for purposes of an individual software application, you must read the applicable software license agreement.   While the term user can be defined in many ways, generally a user means an “individual” or a “person” – one of your employees, contractors or consultants.  Some software vendors even make clear in their software license agreements that a user is a “human” user.   If you are licensing software on a per user basis and your software license agreement allows “individual” or “human” users only, your bots use of that software most likely violates that agreement and you are now out of compliance, risking an audit and unexpected licensing fees and possibly penalties.

A well-known case in the United Kingdom, cautions companies on how this type of contractual miscalculation can be very costly.  Diageo Great Britain Limited licensed from SAP certain mySAP Business Suite software on a “Named User” basis, with a “Named User” defined as “an individual representative (e.g. employee, agent, consultant, contractor) of the Customer…”   Diageo integrated the SAP software with other third-party software with the result that its customers – in addition to its employees – could now access the SAP software.  SAP claimed that Diageo had not purchased the necessary licenses for this type of use and therefore, owed SAP additional licensing fees.  At its simplest, the UK High Court found in SAP UK Limited v. Diageo Great Britain Limited[1] that only Named Users were authorized to use that SAP software under the parties’ license agreement and Diageo did not have enough licenses for its use.  While this case did not consider software use by bots, it does illustrate the danger of assuming that your existing software license agreements allow for and include use by bots.

Maybe you are licensing your third-party software on a per transaction basis where you pay for each transaction processed through the software.  Using our accounts payable example above, you pay per payment approved using the third-party software.  When you negotiated the software license agreement and budgeted for your third-party software costs, you had five accounts payable employees processing payments as part of their 9 to 5, Monday through Friday jobs.  Now you have five bots approving payments day and night, seven days a week.  Most likely, you have blown your budget and may be out of compliance with your software license agreement.

Recognizing the evolution in software use and the rapid deployment of new technologies including RPA, SAP acknowledges in its current SAP Licensing Guide[2] that “Not only are employees of SAP’s customers using our digital core…but their business partners, consumers…and robotic process automation (RPA) or bots are also using the digital core”.  In response to the changing world, SAP now offers a new pricing approach that “differentiates between direct human access (pricing continues to be user based) and indirect digital access (pricing is based on the number of transactions, called documents, processed within the digital core)”.

The Federal Trade Commission announced its most recent settlement action under the Children’s Online Privacy Protection Act (COPPA) on June 4. The settlement included a $4 million penalty (suspended to $150,000 due to the defendant’s proven inability to pay) against Hyperbeard, Inc. for alleged violations of COPPA.

The Director of the Federal Trade Commission (FTC) Bureau of Consumer Protection recently issued guidance in its Tips and Advice blog as to how companies can manage consumer protection risks that may arise as a result of using artificial intelligence and algorithms.